Collaboration between companies and Aarhus University can really get things going. This is what GomSpace A/S has experienced. They started collaborating with the university in 2017, and gave students a unique opportunity to develop a satellite for space. The collaboration culminated after two years of hard work, when the first Aarhus satellite, Delphini-1, was sent into orbit on 31 January 2019.

A small box, measuring 10 cm on all sides, is hovering above us. Equipped with a camera, it takes pictures of the Earth and space as it orbits around our planet.

- Delphine-1 has been a fantastic success. It was a landmark for us to get a functional satellite into space that we can communicate with and extract data from. It works perfectly, says Professor Hans Kjeldsen, a head of research group at the Stellar Astrophysics Centre at Aarhus University.

Curious spectators gathered in the Lakeside Lecture Theatre at the university, the rector followed on the phone from Thailand, and emotions ran high when Delphini-1 was sent up to the International Space Station ISS Falcon 9 by a rocket from the Kennedy Space Center in December 2018. In January 2019, a curious crowd gathered once again, this time packing lecture theatre E at the Department of Mathematics. The dolphin was ready to sit its exam. It was time to release Delphini-1 into orbit.

Never before has Aarhus University had a satellite in space, and if it hadn’t been for the partnership with GomSpace A/S, it still wouldn't have happened, as Victoria Antoci, an astrophysicist from the Department of Physics and Astronomy, says.

- We wouldn’t have come this far, had it not been for our collaboration with GomSpace A/S. This has been a fantastic opportunity, and our students have been really committed. It has been an amazing experience, explains the astrophysicist, who is the former project scientist for the mission.

For many years, researchers at Aarhus University have been good at analysing and using data from other satellites, and now it was time for the university to launch its own satellite into space.

GomSpace A/S is well-known for its products within nanosatellite solutions, and in collaboration with Aarhus University, the company has produced satellite components and taught students about space and nanosatellites, as Virginia Hanessian, a project manager from GomSpace A/S says.

- It was a good opportunity for us to collaborate with Aarhus University. We taught the students who built and developed Delphini-1, and even though the mission has now been completed as far GomSpace A/S is concerned, we’re pleased that the results will be carried forward as part of the students’ education, she says.

Delphini-1: tiny and yet crucial for space education

Delphini-1’s pictures of Earth and space will enable university staff and students to gather data via satellites. Through the photos, they can investigate whether nanosatellites can be used to carry out scientific studies and to train students for larger missions.

- Nanosatellites provide new opportunities for teaching and research in Denmark. This type of technology will allow more students to work with technology and to plan missions like this one. Our first mission is already collecting data about the Earth and the magnetic fields around it, says Professor Hans Kjeldsen.

Not all of the project was painless. Delphini-1 is equipped with telecommunications equipment, so the satellite can communicate with the ground station at Aarhus University, but after it was sent into orbit in January, there was no contact with the tiny satellite for a long time.

Only after almost a week did the team behind Delphini-1 establish contact, and the problem was located in hardware in the antenna on the roof of the university. Since then, the team has had good results from space.

- We’ve learned a lot from Delphini-1. Also about things that we can do better in a future satellite. Next time we’ll be better, because we have a lot of experience now. For example, we know that we need a more powerful antenna to be able to retrieve more and faster data. The successor of Delphini-1 will also be larger, so that we can better control its movement, explains Victoria Antoci.

And the good results from the satellite and from the collaboration on the dolphin in space have really got things going. Companies have discovered what the university can do, and Victoria Antoci hopes that Delphini-1 is just the first phase of a longer voyage into space.

The Delphini-1 satellite is being funded in part by the Aarhus University Research Foundation. The European Space Agency (ESA) and the Danish Ministry of Higher Education and Science gave Aarhus University launched the first satellite for free due to Denmark's membership of the ESA and participation in the International Space Station (ISS) through the Ministry of Higher Education and Science.

The Stellar Astrophysics Centre at Aarhus University is funded by the Danish National Research Foundation, and both the Department of Physics and Astronomy and the Department of Engineering have contributed financially to Delphini-1 and the ground station in Aarhus.

Delphini-1 was named after the university seal, which has a motif of two dolphins. Delphini is Latin for “the dolphins”, and Delphini-1 indicates the university's hope of sending more satellites into orbit. They will be named Delphini-2,-3, and so on.

Contact Hans Kjeldsen for more info about the project 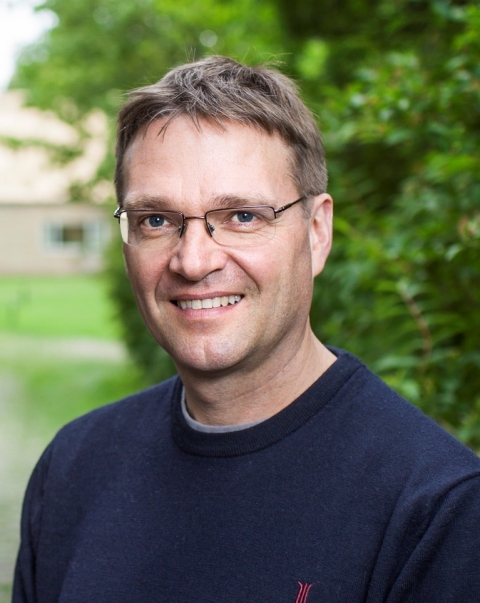 Read more about the Delphini-1 project.