Natural Sciences Research Examples of research The clouds over the Arctic

Research project aims to understand the clouds over the Arctic

The Arctic region is very sensitive to climate change and the ongoing changes in the Arctic are a crucial factor affecting the global climate. Therefore, it is important to understand what determines the Arctic climatic processes. With a grant from the Villum Foundation, the researchers behind the ICARUS project aim to examine how specific microorganisms can affect formation of ice in clouds.

It is important that we examine and map the reasons behind climate change in the Arctic. So far, much research has focused on understanding the role of greenhouse gases in climate change. A number of researchers are now looking towards the clouds.

Tina Šantl-Temkiv, an assistant professor at the Department of Biology at Aarhus University, is one of them. She is heading the ICARUS project, which will examine microbial aerosols and their influence on the formation of clouds in the Arctic.

To remedy this, data generated by ICARUS will be included in climate models. In this way, ICARUS will help to understand how biological aerosols affect the Arctic climate. In the longer term, better climate models can help to identify, and possibly remediate, key climate challenges.

ICE FORMATION IN CLOUDS IS IMPORTANT

There are different types of biological aerosols in the atmosphere. Some of them are bacterial cells that carry special proteins with the ability to stimulate ice formation. These proteins are called ice-nucleating proteins, and they are precisely what ICARUS is focusing on.

"Ice-nucleating proteins can initiate ice formation, and ice formation is a very important part of cloud formation. For example, for most precipitation that is generated in clouds over land, first ice must form in the clouds," says Tina Šantl-Temkiv, and she continues:
"These ice particles are very good in accumulating water vapour on their surface and in this way they grow large and heavy enough to fall to the ground as precipitation."

Because of the specific structure of the ice-nucleating proteins they can initiate ice formation at higher temperatures than grains of dust. In order to understand the significance of the aerosol for ice formation, it is important to note that very clean water can be cooled to -40°C before it spontaneously freezes into ice. Pollution that can for example be in the form of dust particles increases the freezing point of water. Mineral particles such as desert dust typically make ice form at temperatures below -20°C. By comparison, ice-nucleating proteins can make ice form at temperatures just below 0°C.

"Ice-nucleating proteins make ice form at much higher temperatures than mineral particles. And even though they are less abundant in the atmosphere compared to dust, it seems that they may be important for cloud formation. This is backed-up by a growing number of studies, in which scientists either collect aerosol samples and detect ice-nucleating proteins directly in the atmosphere or they use remote sensing techniques to detect ice in clouds at high sub-zero temperatures" she says.

By forming ice in clouds, ice-nucleating proteins affect cloud optical properties. This affects the albedo of the clouds, or in other words clouds' ability to reflect sunlight back into space and thus energy away from the Earth.

"It's important to find out whether the number and activity of the microorganisms that produce the ice- nucleating proteins is likely to change in the long term due to climate change. For example, the dynamics of these microorganisms could change due to the inflow of nutrients to the ocean from the melting ice sheet. If we know the identity of microorganisms that produce these proteins, then we can investigate their physiological and ecological properties and make predictions on how they will be affected by the changes that are likely to take place in the Arctic," says Tina Šantl-Temkiv.

ICARUS Data will be included in climate models used to investigate how biological aerosols affect the Arctic climate.

"If organisms carrying ice-nucleating proteins turn out to play an important role in cloud formation, their number and function should be included in climate models. This will make the models more accurate so that in turn we can make more accurate projections. The projections can be used by policy-makers to make decisions on a more informed basis to benefit us all," she says.

WITH FUNDING FROM THE VILLUM FOUNDATION

Tina Šantl-Temkiv has received DKK 6 million for the project from the Villum Foundation's Villum Young Investigator programme. The grant will finance the building of ​a laboratory for research into ice formation, a PhD student and two postdocs.

In order to examine ice-nucleating proteins, ICARUS combines techniques used in atmospheric science with microbiological and molecular-biological techniques. To ensure the necessary specialist expertise, the research group also consists of a microbiologist, an atmosphere researcher and a molecular biologist.

"I'm looking forward to building the laboratory and working together with talented colleagues from Aarhus University and abroad. The Villum Young Investigator programme means that we can make a large focused effort to understand these issues, and I expect that the grant will take us a big step forward," says Tina Šantl-Temkiv.

Contact Tina Šantl-Temkiv for more knowledge about the project 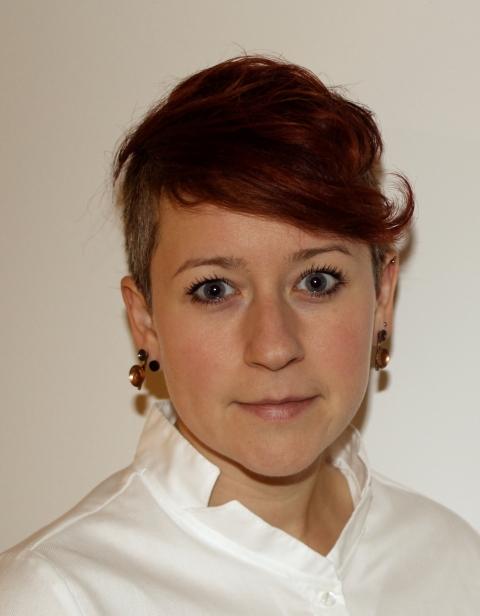