Company invested in PhD and won a patent and paradigm shift

RadiSurf, a company in Risskov, took a chance on an industrial PhD in collaboration with Aarhus University, and their decision was well worthwhile. The just five-year-old company reaped a patent from the collaboration, and was also involved in developing a paradigm shift within chemistry.

Metals that can almost be grafted onto plexiglass without using glue seem like pure magic, and for many companies it was an unattainable dream. Until RadiSurf employed an ambitious industrial PhD from Aarhus University.

The programme, and a framework and support from the two parties, helped PhD student, Stefan Urth Nielsen, to further develop a well-known method of adhesion between materials and he found a solution for industry. For many years, the existing method was industrially unattainable, but with his functional and modern solution, it can now be used in practice.

This means that RadiSurf and Aarhus University are behind a paradigm shift in the global history of chemistry.

- We demonstrated that we were able to take it all the way, says Stefan Urth Nielsen, the mastermind behind the development.

For more than 60 years, the world's chemists have known about nano-coating, and for several years the technology has been used to stick two surfaces together without glue, screws, duct tape or the like. Chemists use a sort of nano-velcro instead, using chemicals and so-called polymer brushes, which are chains of molecules grafted together. Experts can get polymer chains on surfaces to grow together, and thus bind surfaces together.

This has always been a theoretical solution that works on small samples and under oxygen-free laboratory conditions, but it has not previously been possible to scale up the solution for industry.

- It hasn’t been viable to scale it up for use in industry, simply because the quantities of chemicals required and the oxygen sensitivity made it impracticable, explains Stefan Urth Nielsen.

But that doesn’t mean it wasn’t possible.

- I convinced my professor that I could develop a method with water-based chemical compounds. My method would be cheaper and easier and actually possible on a larger scale, for example in industry, he says.

Since 2016, Stefan Urth Nielsen has been working at RadiSurf as an industrial PhD. Since 2015, the company has been trying to develop new methods to get materials to stick together using molecular attraction between surfaces, and the ambitious chemist was an obvious candidate to take on board.

- If you want to revolutionise your own company and push development beyond the norm, you have to be able to earmark dedicated resources. We could do this through the industrial PhD programme. It’s an incredibly good programme for focused and dedicated development projects, says Mikkel Kongsfelt, the CEO at RadiSurf.

In an industrial PhD programme, the student is employed by the company at the same time as being enrolled at Aarhus University. The company pays half of the student’s salary, while Innovation Fund Denmark pays the other half.

- The industrial PhD programme is very different from a PhD. It makes sense to be out in industry where my research will be used in practice, and even though I’d been studying chemistry at the university for five years, I didn’t know much about what the chemical industry actually wants. Now I've got the industrial angle, and this makes me feel much stronger. You have to get out there and learn what life’s like in the real world, explains Stefan Urth Nielsen.

With support from both RadiSurf and Aarhus University, Stefan Urth Nielsen had the framework to develop the brush chemistry, and this quickly paid off.

As anticipated, he developed a method with water-based chemical compounds and significantly less time consumption, and he made it possible to the produce nano-coating in industry. In 2018, a paradigm shift occurred when the industrial PhD and RadiSurf successfully fabricated the chemical nano-coating between two surfaces in an open atmosphere. Previously, it had not been possible if oxygen reached the molecules, but with the further development, the method can now be used in industry.

- RadiSurf wouldn’t be here today, if this method had not been developed. It’s crucial for our business, and it is the method that the company is structured around today. Stefan has been involved from the very beginning, and we’re basically using his process today, says Mikkel Kongsfelt.

Bumps on the way

However, not everything is rosy. Even though Stefan Urth Nielsen warmly recommends the programme to others who dream of a PhD, there are also challenges.

- As an industrial PhD, you may be under pressure because you have to build a bridge between the company and the university. These are two very different worlds, with one looking for academic articles, while the other wants a result that can be used in the company. It's hard to be in the middle. They’re trying to keep together, but they actually want two different things and they’re each pulling in their own direction, he says.

Professor Kim Daasbjerg, a supervisor from the Department of Chemistry, recognises this.

- It’s a challenge that you need to take very seriously, and Stefan has done incredibly well. My theory is that if all the parties in the industrial PhD focus on the student getting an excellent education, excellent research and innovation will come out of it automatically, he says.

Stefan Urth Nielsen has spent half of his PhD time at RadiSurf, and the other half at the university. At times he has felt like an outsider in both places. But that's what you learn from," he explains, and ultimately it's only a minor aspect of a greater whole.

- I’m a big supporter of the programme. Perhaps some things could be better, but there’s others that make you stronger, but I would definitely recommend an industrial PhD, he says.

Contact Kim Daasbjerg for more knowledge about the project 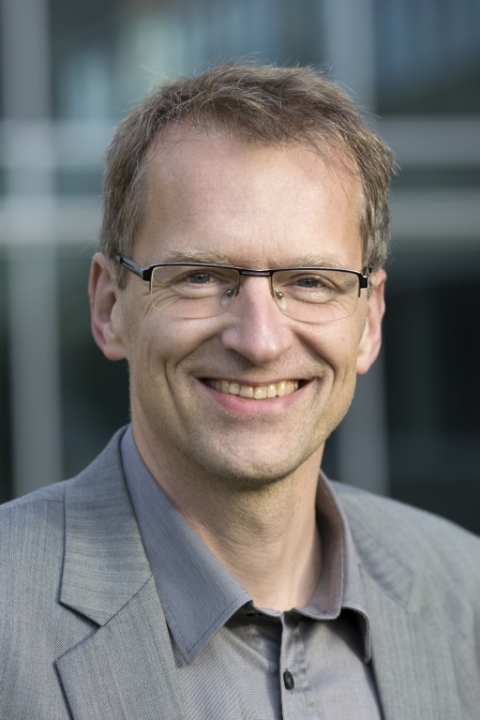 Do you want to collaborate with a PhD?

Purpose: To develop new methods to make adhesion between materials