More food for people of the world

The climate is changing, and our planet is home to an ever-growing population. This has negative effects on plants that face new living conditions influencing their growth and development. Professor Jens Stougaard from the Department of Molecular Biology and Genetics has received a grant of DKK 18.5 million (EUR 2.5 million) from the European Research Council to research the interaction between plants and soil bacteria, and how this interaction can affect the growth and development of plants under different environmental conditions. The aim is to produce more food for more people across the world.

At Aarhus University, Professor Jens Stougaard is looking for the key to the world’s pantry. The European Research Council has granted DKK 18.5 million to The Roots of Infection project, which has a huge potential.

- The world is facing a serious biological problem, and along with my colleagues, I want to make my contribution to a future in which there is enough food for everyone, explains Jens Stougaard.

If Jens Stougaard succeeds in his research, crop cultivation will be more sustainable in the future, thus providing enough food for the global population. In The Roots of Infection project, the professor is trying to clarify how to achieve better growth for plants such as barley and wheat by exploiting the micro-organisms that surround them.

The professor’s previous research into the birdsfoot trefoil plant (Lotus japonicus) found that this legume species has genes enabling it to accommodate bacteria in its roots. This means that it can make its own fertilizer, and that it does not need chemical fertilizers or other chemical aids for growth. It is simply viable in itself.

The new project builds on this legume research, and to start with, Jens Stougaard needs to find out how soil bacteria infect the roots, for example in barley and wheat, and later enter the root tissue. The professor will then identify the plant genes that control how selected bacteria can enter and multiply between the cells of a plant and then influence the growth processes of the plant. We know that micro-organisms enter the spaces between cells, but the professor has yet to find out how this happens and how it affects the plants.

- If we figure this out, we can stabilise robust plant growth in the future. It's crucial that we find out how the plants interact with soil bacteria, says the professor.

The DKK 18.5 million from the European Research Council have primarily been invested staffing the research project, which runs from October 2019 to 2024. Aarhus University already has the framework and the tools in place, but Jens Stougaard has recruited postdocs and PhDs, each specialising in different fields. Along with experts from the Section for Plant Molecular Biology specialising in genetics, biochemistry and plant physiology, for example, they will ensure the project moves forward.

- We’re combining many specialisations in one project, and this means we stand stronger as a team. Together, we can achieve things that we could not do on our own. And it's also more fun to work together, because aspects come up in our discussions than we would otherwise never have thought about alone. This provides a broader range of opportunities, says Jens Stougaard, smiling.

It is extremely rare for the European Research Council to grant such large amounts to one researcher, but Jens Stougaard has no doubt that his plant research will attract great international interest.

- Interest in micro-organisms that help plants grow is much greater today than it has been in the past. Chemicals have never been popular, and they never will be, no matter how much documentation is available. The world prefers biological aids that can do the same as chemicals, he explains.

Ideally, in the future, plants will grow by stimulating the micro-organisms in and on their cells, because if they can work together, they can also generate nutrition to grow.

The trend in sustainability is the primary reason for the increased interest from companies. The sustainability movement has simply boosted developments, according to Jens Stougaard.

- Big companies such as Novozymes and Bayer – and even the large chemical companies – are becoming ever-more interested. They want to be involved in discovering and developing biological alternatives, and even though they are a mixed group, it's important that we stand united, says the professor. 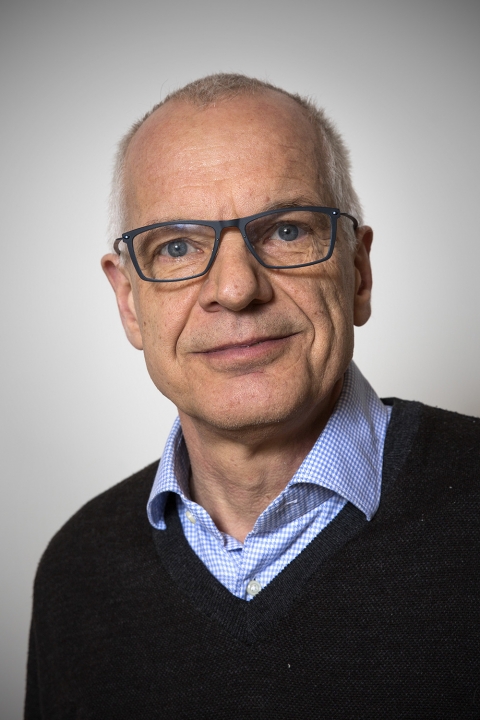 Purpose: To grow more food to future generations by getting more knowledge about plants' interaction with soil bacteria.

Supported by: The European Research Council