Machine learning to pave the way for converting CO2 into methanol

A new project is using machine learning in an attempt to find materials that can convert CO2 into methanol, and thereby help tackle climate challenges. The research project has received a grant of DKK 7.9 million from the Villum Foundation.

With a Villum Young Investigator grant, Mie Andersen, associate professor at Astronomy and at Aarhus Institute of Advanced Studies (AIAS) and academically affiliated with the Department of Physics and Astronomy, is embarking on a journey that will provide researchers with better and faster methods to find good and useful catalyst materials.

"It's about developing a method and a tool to direct the search for a material that can convert CO2 into methanol, so that, in future, we can reduce CO2 emissions and thereby address some of the climate challenges facing the world," says Mie Andersen, who previously worked with machine learning in her research as a group leader at Technische Universität München.

Finding new and better catalyst candidates is a complex affair. Normally, it is necessary to use calculations based on quantum mechanics. These are very resource-intensive and demanding – both for supercomputers to perform them and for human resources to initiate them and analyse them.

"The idea is that machine learning can give us a faster and less resource-intensive process, where the algorithm directs the search and determines which new quantum-mechanical calculations are needed. This will make it easier and more accessible to analyse different materials and their potential in relation to each other. In addition to a more efficient process, the machine learning approach will also ensure a more valid process and therefore also new and better catalysts," says Mie Andersen.

From CO2 to methanol

There are major perspectives in finding a good, usable and effective catalyst to help convert CO2 into methanol. In addition to the obvious interesting aspect of reducing CO2 emissions, methanol is also a highly sought-after product. For example, methanol can be relatively easily mixed with petrol and then introduced in the transport sector in the existing distribution system, or it can be converted into other valuable chemical products.

"Imagine if, in future, you could remove CO2 from the smoke from a power station before it came out of the chimney, and then be left with a super-useful and sought-after product that could help to reduce dependence on fossil fuels," says Mie Andersen.

The grant from the Villum Foundation will enable Mie Andersen to establish her own research group, which will consist of Mie Andersen, a postdoc and two PhD students.

The research project will run for five years, and Mie Andersen hopes that she and the research group will end up with a method and tool that can save other researchers time and resources.

Mie Andersen also hopes that the group will come up with a handful of promising catalyst candidates that can be further developed and tested in another project framework.

Contact Mie Andersen for more knowledge about the project 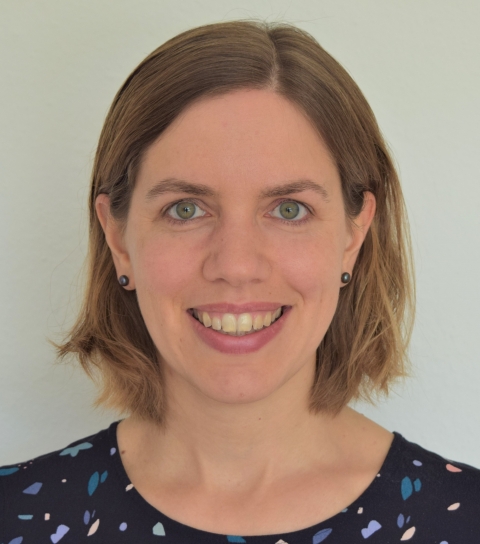 Purpose: To use machine learning to find new ways of converting CO2 into methanol